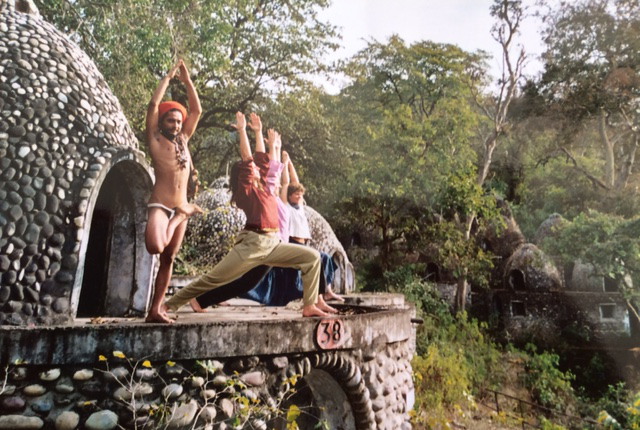 Book I Sutra 28:  The mantra AUM is to be repeated constantly, with feeling, realizing its full significance.

This sutra, along with a quote from Paramahansa Yogananda whose meditation lessons I studied for many years, had me flummoxed for some time.  Yogananda would say, “if you are going to read for one hour, then write for two hours, and meditate all the time.”  I thought, well that’s just impossible, until slowly over time, the practices of Iyengar Yoga, meditation, and music among others, began to work their magic on body and mind.  The significance of AUM or slowing down the mind (brain waves) is gradually realized.

From a scientific standpoint, brain waves are measured in 4 states going from the most active state to the most relaxed and then unconscious state.  (Yoga masters claim to remain conscious in every state.)  “Lives lived in quiet desperation” are those where minds barely stray from Beta, the highest frequency state of mind.  The locus of control of the mind comes from outside stimulus which can be anxiety and stress inducing if not tempered by other slower mind states.  Oscillating between high mental activity Beta and dropping from exhaustion into the slowest brain wave, Delta or dreamless sleep, is a cycle that many repeat day after day.  It’s hard to feel the wonder of life when bouncing between these two poles.

Whenever I visit India, I am amazed that amid the chaos, crowding and cacophony there is much generosity of spirit.  Children call me Auntie and invite me to their homes for tea.  People ask, with the characteristic Indian head bobble, “Where you are from?” and inquire after your needs.  Ritual, meditative practices and chanting are part of lifes’ daily rhythm and evident everywhere.  These practices coax the mind into the slower states of Alpha and Theta.  Among overwhelming obstacles there is mystery and peace. 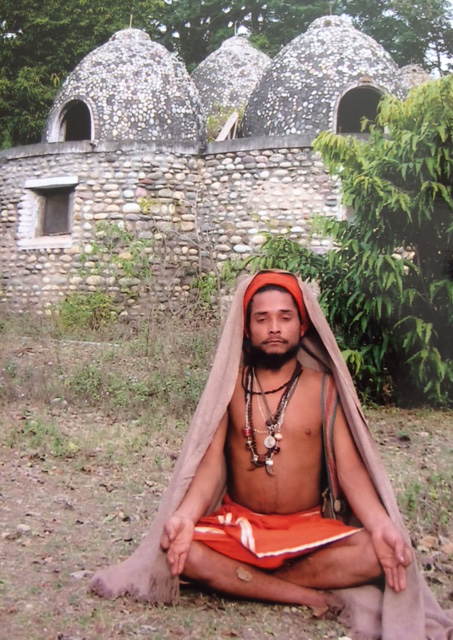 One magical mystery happened in 2005 while visiting Rishikesh in Northern India, known as “the yoga capital of the world”.   The ashram of Maharshi Mahesh Yogi which was made famous by the Beatles studying there in the late 60’, is walking distance from the heart of town.  My traveling companions and I decided to make the pilgrimage.  The center had long been closed and was fenced in with only caretakers, squatters, and monkeys living on the grounds.  We were disappointed that on arrival, there was no apparent way to enter.  Suddenly, out of nowhere, a small beguiling sadhu walked up and, not speaking English seemed to be offering his assistance.  With a combination of gestures and our singing of Beatles tunes (of which he showed no familiarity) he got the idea that we wanted to enter the Ashram.

He led us to an opening where the fencing had been pushed up to create a space large enough to crawl through.  The overgrown grounds still held the allure of the past.  Meditation buildings with domed individual chambers above sleeping quarters were built of river stone from the nearby Ganges and surrounding area.  Everything was beautifully arranged to encourage the journey to inner spaces and peace of mind.

Our gentle sadhu guide stayed with us and quickly endeared himself with his sweet smile and innocent demeanor.  At one point, we decided to practice some yoga on the rooftop platform of one of the meditation huts.  To our surprise, our guide stripped down to his dhoti cloth and started to do asana alongside us.  His natural simplicity and purity shone through the practice.  It was a joyful moment!

We ended our day with some silent meditation overlooking the Mother Ganges.  Then our guide led us back to the opening in the fence.  As my friends and I huddled to gather some rupees for him, he slipped away, as quietly as he appeared.

My hope is that we never lose the feeling of wonder and the magical mysterious experiences that occur when we least expect them.  Slow down, stay open and receptive to the little joys and inspirations that arise from a receptive mind and heart. 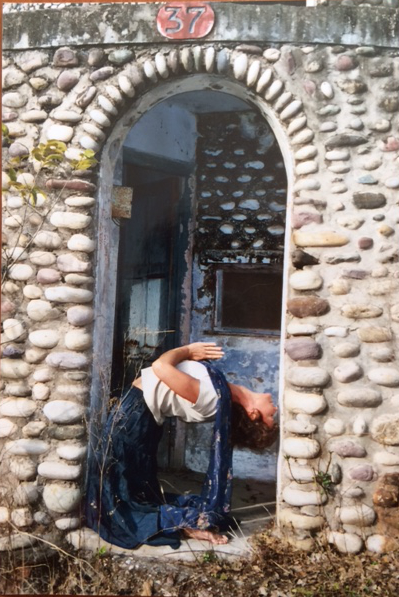 Namaste and much love,

For an excellent synopsis of brain waves read, “What is the Function of the various Brainwaves” linked here.